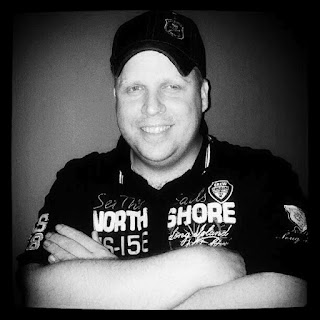 Bio Don P (Patrick Lippe)Don P lives and works near The Haque, The Netherlands (Europe). In early 2010 Don P lost his heart on the Kidrobot Mascot. When he saw the Kidrobot Mascot 17 SGT Black he was lost and he gained a huge collection of Mascots. Since the last months he slightly changed his collection and decided to collect custom Skull Munny's too.

For several years Don P was designing Sony Ericsson themes. He made more than 500 themes for several phones of Sony Ericsson. Don P (PatrickL) is a wellknown name in the world of themes making. He won quite some competitions and was asked by several companies to make themes for them. Since it was just a hobby, he decided to not makes his work out of it. In 2009 Don P made his last theme.

Since a year Don P is customizing designer toys and his name is growing in the Vinyl Art scene. He made it in his first year of customizing in Kidrobots Blog "The Kronikle", they stated that he was an emerging customizer.

Don P has his own style of customizing these days, what he is calling Apocalyps-style. This style is a mixture of dirt, cracks, metal, gasmasks and damaging the toys. Especially his custom Mascots are famous, with names like KidApocalys, KidMutant X and KidDwarf he is giving a different approach on the Kidrobot Mascot.
Email ThisBlogThis!Share to TwitterShare to FacebookShare to Pinterest